Ever since the days of Napster, I’ve been searching for a digital version of this childhood album.  It was either that or find the record on ebay and then buy a record player.  Originally released in 1977 by Sesame Street Records, the album was nominated for a Grammy for Best Recording for Children and was a staple at my house growing up.

As I have many times in the past, today I Googled “The Sesame Street Fairy Tale Album” and discovered that it’s now available!  With sweet versions of classic stories like “Princess and the Pea,” “Goldilocks and the Three Bears,” and “Jack and the Beanstalk” told by our favorite Muppet characters, this album is sure to become a favorite at bedtime or during car trips.  The songs, like “What Do Dreaming Dragons Dream Of?” and “Attila The Hen,” are charming and memorable (as I’ve been singing parts of them to myself for over 25 years). 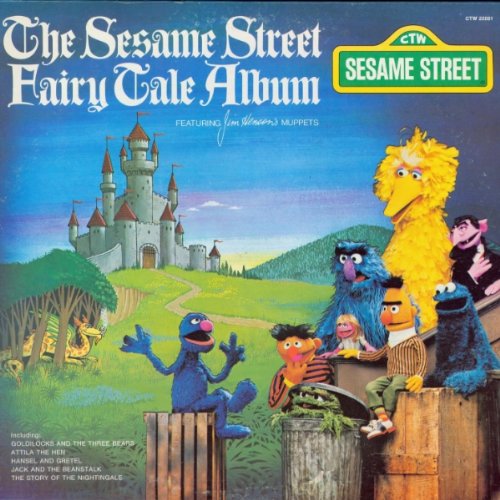 You can download the MP3 version of “The Sesame Street Fairy Tale Album” from my amazon affiliate for $8.99 or purchase it on iTunes.  Either way, it’s a MUST HAVE!